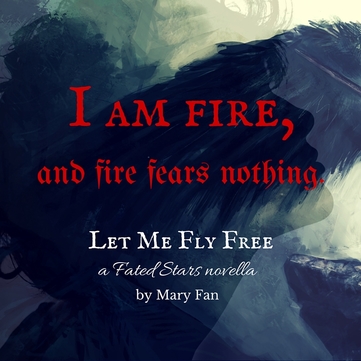 A trail of death leads to the river. Flower petals, once brilliant shades of purple, hang shriveled from brittle stems. Blades of grass, once vibrantly green, lie curled and brown and dry. Patches of exposed dirt, usually invisible beneath a lush carpet of flora, gape like open wounds.

And though it should horrify me, I find myself oddly captivated. Nothing like this has ever happened here, within the enchanted bounds of Kristakai. Each felled piece reminds me of a person suffering under the sharpest instruments of torture—a person who has coiled herself into a little ball and wept into her knees before the bliss of death ended the pain forever.

I make a derisive noise at my own thought. Nothing as appalling as that could ever occur in this land of peace and magic, which is guarded by the power of the unicorns. They are the keepers of this domain and ensure that it remains forever safe. Though this place might be more interesting if that weren’t so. I’ve only read of terrors like violence, beings purposely inflicting pain on other beings, in books that detailed the affairs of the human world outside. And as a nymph bound to her homeland, I’ve never so much as set foot in their realm, let alone witnessed the dangers that plague them.

If a human could see me in this moment, staring in astonishment at the sight of the lifeless plants, she’d probably laugh at me. In her world, such things would be commonplace. I almost laugh as well… How tedious a land must I live in if a few dead flowers can shock me?

But they’re a harbinger of something far darker, and knowing that frightens me more than I wish to admit.

Nothing that draws its life from the earth ever dies here. The flowers, the grass, the bushes, the trees—they only sleep. They descend into slumber when winter falls, becoming crisp to the touch and dull in color, but then awaken each spring. They never turn to ash as the ones before me have.

And I know in my heart that the barren sight can only mean one thing: A threat from beyond our borders has infiltrated this protected land.

I rake my fingers through my thick hair, glimpsing flashes of its copper shades in the edges of my vision. Under the sunlight, the strands flicker like the flames I’m so used to casting. But fear trickles down my spine in icy drops, and I can almost hear the specter of danger whispering in my ears. I don’t know whether it’s a curse or a creature or some other force of evil that’s invaded Kristakai, only that it can destroy life.

And if that’s true, what’s to stop it from trying to destroy me?

I clench my fists, reminding myself that should anyone—or anything—threaten me, I can transform into a column of flames and demolish them. The unicorns created each of the nymphs from the element we embody, and I was born from a blaze. In the sixteen years I’ve walked this earth, I’ve never had to face a menace that would merit a fight … but I know I can protect myself if I must.

I am fire, and fire fears nothing.