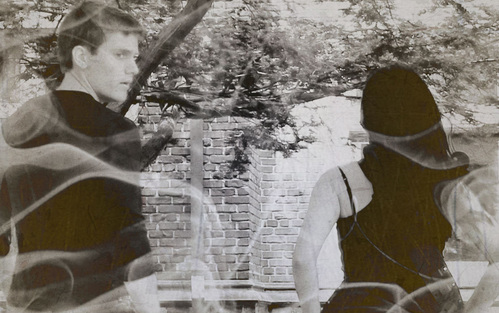 The Triumvirate of North America

Nearly a century ago, the evil Lord of the Underworld, called Malivord, escaped his supernatural dimension and unleashed his monsters upon the Earth. The Sentinels, who had guarded the Earth from supernatural threats in secret for centuries, came out of hiding to lead the fight against him. They defeated Malivord, but much of civilization was destroyed in the war. In addition, Malivord's monsters remained after his defeat.

The Sentinels set up a new government out of the ruins of the former United States, encompassing parts of Canada and Mexico as well. Led by the three Sentinels who had been at the forefront of the war, the Sentinels demanded the peoples' freedom in exchange for protection against the dangerous creatures of the Underworld. With soul-sucking Wraiths and flaming Hellhorns roaming just outside the borders of the protected cities, the people gladly agreed.

Located on the East Coast of the former United States, the Capital is home of the Triumvirate's most powerful. The city is divided into four rings, with the Palace of Concord, which serves as the Triumvirs' primary residence and seat of power, at the center. The 1st Ring, immediately next to the Palace of Concord, is home to the elite Sentinels, a caste of law enforcers, government officials, and military leaders. The 2nd Ring is home to ordinary Enchanters. The 3rd Ring is where Defenders, a caste of non-magical humans who help the Sentinels fight the supernatural, reside, and the rest of the non-magical Norms live in the outermost 4th Ring.
The Academy of Supernatural Defense

The Academy of Supernatural Defense, often just called "the Academy," is a school for future protectors of the Triumvirate. The students are divided into three groups: Scholars, Cadets, and Secondstringers. The Scholars are the children of Enchanters who are taught magical ways to fight evil. The Cadets are specially selected non-magical children, mostly the children of Defenders, who are taught monster-fighting methods in preparation for a career in fighting supernatural dangers. They are allowed to use magical devices but are barred from the Scholars' magic classes. The Secondstringers are orphans under state guardianship sent to the Academy on a work-study program. They are only allowed to attend the regular classes, such as math and history, and are forbidden from even using magical devices. Once a year, a handful of Secondstringers are promoted to Cadet status.
The Scarlet Citadel

The secret headquarters of an underground rebellion known as the Rising.
Back to FN Encyclopedia Home