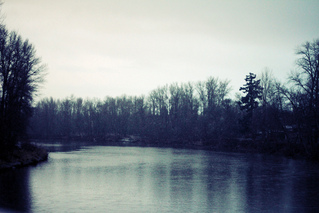 After Love
There is no magic any more,
We meet as other people do,
You work no miracle for me
Nor I for you.

You were the wind and I the sea --
There is no splendor any more,
I have grown listless as the pool
Beside the shore.

But though the pool is safe from storm
And from the tide has found surcease,
It grows more bitter than the sea,
For all its peace.

Pierrot
Pierrot stands in the garden
Beneath a waning moon,
And on his lute he fashions
A little silver tune.

Pierrot plays in the garden,
He thinks he plays for me,
But I am quite forgotten
Under the cherry tree.

Pierrot plays in the garden,
And all the roses know
That Pierrot loves his music,
But I love Pierrot.

Sleepless
If I could have your arms tonight-
But half the world and the broken sea
Lie between you and me.

The autumn rain reverberates in the courtyard,
Beating all night against the barren stone,
The sound of useless rain in the desolate courtyard
Makes me more alone.

If you were here, if you were only here-
My blood cries out to you all night in vain
As sleepless as the rain.

Random fact: This set was composed backward. Sleepless was written first, followed by Pierrot, then lastly After Love.